One thing I love about living in DC is that there are so many day trips you can take nearby to really cool places. We are a stone’s throw away from the beautiful Shenandoah Mountains — which are a sight when the leaves turn in autumn. It’s like you are immediately transported from the busy busy of the city to the calming charm of small towns with one -room churches, tiny homes on sprawling properties and faded, peeling Pepsi signs waving in the wind next to run down tiny market gas stations.

Those are some of the things passed we through on our way to Luray Caverns, the famous touristy cave about 1.5 hours out of the city. It’s one of those things you just have to do as a resident of DC and I’m glad after 5 years, I finally did it. As you can see, it is nothing short of amazing to look at. If that is a photo I can take a simple point and shoot camera, you know the scene was awesome.

It was an hour-long walking tour with a large group and the tour guide had some cool stories about how the cave was originally discovered by accident and how they decided to make it a tourist attraction. He also mentioned there were tours down there during the recent earthquake! I can’t imagine how horrifying that would have been for a few brief moments!

Near the end, there was a wishing well. The well has been here since 1957 and has collected over $144,000 for different charities. Talk about change adding up! It was really pretty and I, of course, threw in a coin and made a wish!

Outside the caverns, there was land that had been a little village — with a blacksmith shop and a one-room school house. The school was one of the very first African-American schoolhouses in the nation, and the had desks and chalkboards set up just as it was then. It was a school with all grades in a tiny room. I can’t imagine!

Lastly, this photo hardly does the scene justice but I took out behind the caverns. Scenes like this always stir me up — making me want to visit Utah, Wyoming, Colorado and more. I wonder what my life would be like if I lived in a suburb outside a big city in one of those states. I wonder how much living in DC has colored my vision of what “normal” people are like. They do say sometimes it’s like living in a bubble. I won’t live here forever but I’m not really sure where I’ll be next. Any suggestions? 🙂

LISTEN TO "WORTH YOUR TIME" PODCAST EPISODE #56 … END_OF_DOCUMENT_TOKEN_TO_BE_REPLACED 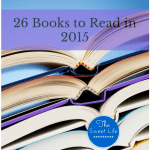 You know I love books, though my reviews have been … END_OF_DOCUMENT_TOKEN_TO_BE_REPLACED

These photos were taken by last year's NCC team to … END_OF_DOCUMENT_TOKEN_TO_BE_REPLACED

Yours truly -- I'm getting muscle … END_OF_DOCUMENT_TOKEN_TO_BE_REPLACED

Watching the planes come into Reagan is a pretty … END_OF_DOCUMENT_TOKEN_TO_BE_REPLACED 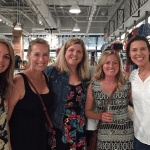 *This post was sponsored by Vocal Point and … END_OF_DOCUMENT_TOKEN_TO_BE_REPLACED

Recently, there was an article in Business Insider … END_OF_DOCUMENT_TOKEN_TO_BE_REPLACED 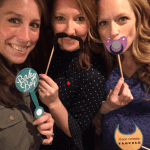 So that's a fun photo, right? It doesn't exactly … END_OF_DOCUMENT_TOKEN_TO_BE_REPLACED 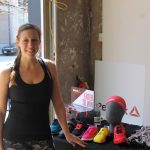