Oh it happened! And it’s done! Never let anyone downplay the HILLACIOUS hell of the Baltimore Marathon. I went into the day having never looked at the course and banking that there would be “some hills.” Think again, Ericka. Think. Again.

The Baltimore Marathon is a complete hill. As Maggie noted at the end, it seemed like we should have been on top of a mountain because when did we ever get to go downhill? Whew, it was hard but I’m still really happy with how I did. Here’s Maggie and I before heading to the starting line:

The weather was amazing. I waited for the start in just shorts and my dry fit t-shirt and felt fine. Slightly breezy, sunny, and about 65-70 degrees is my guess. I felt awesome as we got into our corrals. My body has never felt so good at the start of a race.

We took off and I lost Maggie within a mile, because well, she’s FAST. I felt discombulated without a watch or any clue what my pace was. Soon, I fell in line with a Geico 3:50 pace group. Immediately, visions of a 3:50 finish started dancing in my head. Their pace group leaders were cheerful, doing trivia, and encouraging everyone. I was stickin’ with these kids. At that point, I was determined to stick out the whole race with these folks.

Around mile 6, I started chatting with a girl who turned out to be from Indiana, had gone to IU and was married a guy from my hometown (that went to my high school!) Total coincidence! We talked and pushed eachother forward with the Geico group but I could tell the pace was just too fast for me. The group ran through the water stops and it felt impossible that I’d be able to keep pace with them. Nevertheless, at miles 10-14, I felt pretty darn good. Could I do it?

Answer? No. After the halfway mark, they totally sped up. At mile 15, my legs just said “STOP!” I thought to myself, already?! No! So I lost my new friend and stopped by the side to stretch my muscles. My legs were already sore from all the hills and I started to worry. But…after a stretch, I started up again and felt okay. However, my pace was now drastically reduced — and I could only imagine how fast my first 1/2 would be compared to my second 1/2. It’s going to be a shocking difference.

After mile 15, you can kind of start the countdown. Once you get the 16, there’s only 10 left and everyone knows, that’s no big thang, right? Riiiight. It was after this 15 mile slowdown that the crazy started to take over. Until then, I had been feeling good, chatting it up, etc. but now my body was saying — you went TOO fast that first half even though I told you not to! Ambition…what can I say?

The end of the race felt years away. I began pondering generic phrases in my mind — no pain, no gain. Well, that’s true, I told myself. Forget those achy legs and push it. I couldn’t believe how badly my legs hurt at only mile 16 or 17. I had done four 20-mile training runs with no pain of any kind. Hills. Hills. Hills. Did I mentioned I have NEVER done any hill training? Mmm, yeah.

The thought that most frequented my mind for the entirity of the race was this one: I can’t believe I’m doing this again in two weeks. Seriously? I also thought things like:

By this time in the race, we had been joined by the 1/2 marathon crowd — which started around the time that I hit the halfway point. Most of them were wearing the “half marathon” shirts so I could really tell the boys from the men. Ya know. They were all irritating me. A measly 13 miles? Puh-lease, that is nothing! At least, that’s what I felt at mile 19 when some of them were booking past me.

As I rounded a corner to mile 20, my legs were throbbing, my left food felt like it was totally swollen inside my shoe and my right ankle/foot was aching with a slight stress fracture. Miraculously, my knee hardly gave me any issues. At mile 20, I thought how miserable the next hour would be but knew at that point I would finish. I never REALLY doubted I would finish but until I get within a reality’s distance of 26 miles, a part of me wonders if I can actually finish this freakin’ marathon (every time!)

Thankfully, I missed seeing a sign for mile 21 and was pleasantly surprised when I found a sign for 22. Hooray for not seeing those horrendous mile markers! I walked for about 2 minutes at this point, seriously wondering how I was going to run the rest of it. More generic phrases abounded: “Slow and steady wins the race.” Or, in this case, finishes it.

I felt like I was moving at a snail’s pace. So discouraging. People were passing me left and right and I had seen the 4-hour pace group pass as well. At this point, things were so tough, I thought screw that stupid time goal — let’s just finish and be happy we did. Why would you have an overly ambitious time goal when you aren’t that fast of a runner, I cursed myself! No more time goals. Marathons are only for fun, I said! Of course I’m going to run at my mom’s pace in 2 weeks, why would I consider trying to go faster?!

At this point, I had no clue where I was time-wise. As 23 hit, I felt like 3 miles seemed like an eternity. Unbelievable, I thought, after ALL my training, this is STILL so stinkin’ hard? Yes, friends, it was still hard. I felt kind of like a schizophrenic in my own head then, thoughts jumping all over the place and me just telling me legs, “keep moving.” At mile 24, I was like, I got this.

I trudged along at what seemed like the slowest pace of my life but did start passing people. It seemed at the last haul, lots of folks resigned to a lot of walking. Not I. Slow and steady, slow and steady, keep moving. RUN! I made a lot of pathetic faces and heard some nice people from the crowd saying, “You can do it #121 — you’re almost there!” I’m kind of a baby sometimes 🙂

Here we go, mile 26! And the last .2 seems to never end. As I round the curve and saw the finish line ahead, I squinted unbelievably…did that time board say 4:11? No. freakin’. way. With THOSE hills? And THAT snail-ey pace? Wow. Adrenaline kicked in as I booked it to the finish line completely floored that I had made that time. A 12-minute PR on a course not known for PRs! As I slowed to a walk, my legs felt like barely hardened jello and my body was completely exhausted. I collected my medal and felt satisfied.

I had wanted a 4-hour marathon so badly and even though I got that PR, I was still feeling down about not reaching my goal time. Then, I told myself to shut up. This was a HARD course. Those hills were unexpected and really difficult. Getting a PR on this course is a big deal. I never would have come close to this time if I hadn’t done everything I did to prepare. On any other course (like Chicago or MCM), I would have gotten sub-4 NO problem. I did really well and I’m happy with my time.

Of course all my thoughts about quitting marathons after this year or possibly not running two weeks from now in Marine Corps melted away within minutes after crossing the finish line. It’s like anything other hard, but satisfying thing. You forget the pain and remember the glory. I have a feeling the reflection from this marathon will come in bits and pieces to me over the next few days. It always seems surreal that I actually did it — but I did. I’m lucky to have these strong, capable legs.

After the race, Emma had us over for an amazing brunch that I forgot to take photos of 🙁 but I did manage to get a good pic of here delicious cupcakes:

Emma is a very nice girl (awesomely Irish) who made me feel great about my 4:11 even though she’s an elite runner who can kill a marathon in some ridiculously low time! Actually, her husband placed 7th in the 1/2 marathon race. Woa. Anyway, it was really nice to sit around and talk about runner stuff with people who get the craziness in Maggie & I’s runner minds.

She also has an awesome home with a beautiful rooftop. Baltimore is a nice, little city and these rooftop decks were everywhere. I loved the look and feel. Thanks for such an amazing post-race hang out, Emma!

« The Day Before the Marathon!
You Know You Want To Try This Stuff! » 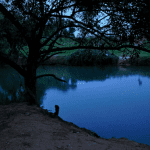 I am most definitively a morning person. Getting … END_OF_DOCUMENT_TOKEN_TO_BE_REPLACED

Last night, I went to the Kenny Chesney concert at … END_OF_DOCUMENT_TOKEN_TO_BE_REPLACED

One question I'm asked frequently is, how do you … END_OF_DOCUMENT_TOKEN_TO_BE_REPLACED 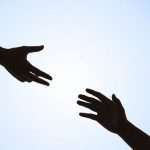 So maybe it's just all the things that crawl into … END_OF_DOCUMENT_TOKEN_TO_BE_REPLACED 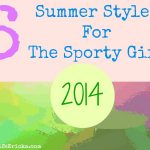 This time last year: Boston. And this: … END_OF_DOCUMENT_TOKEN_TO_BE_REPLACED 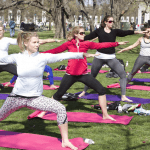 This past weekend, I had a fantastic opportunity … END_OF_DOCUMENT_TOKEN_TO_BE_REPLACED

I've never thought much about Saints. I didn't … END_OF_DOCUMENT_TOKEN_TO_BE_REPLACED