Saturday’s long run was rough. I went to bed early enough and got in plenty of time, fueled correctly and all that jazz. But from the start, my body did not want to be running. I found Amy and Megan from the start and we managed to stay together the whole 20. I don’t think any of us were really feelin’ it though! I kept thinking I would “get into it” but sometimes, you just have those days.

Our route was a 10-mile loop, twice. It’s hard to believe the first 10 was only half but the second 10 felt longer that’s for sure. Since I was looking for landmarks, I was shocked how long it took to see them again. The group had some fantabulous water stops — complete with the most delicious gatorade I’ve ever had, honey wheat pretzel twists, mini-Oreos, gummy bears, iced washclothes and more. Of course, it’s tempting to have too much when you stop. I did okay but think I had too much Gatorade.

We tried to take our minds off the running. Amy and I were both having knee issues. Mine was flaring up and aching like crazy and my feet were achy too, not to mention the massive blisters that both my baby toes have turned into. Taking off my shoes after this run was scary, as well. Turns out, I had also gotten blisters on the sides of both of my big toes so were also hurt and have continued to do so all weekend.

The moment I found out

We talked about movies and first kisses and also, our memories of 9/11. I spoke of being in as sophomore college class, Sociology 101, next to my friend Lindsay. Our teacher, normally a jokester, told us what had happened — assured us that this was no joke. We didn’t know what to think or what to do. The rest of the day is a blur. I remember walking through the student union where they had TVs set up everywhere and piles of people watched them silently — mouths gaping, eyes horrified, hands on their hearts. It was a confusing day, a day where nothing really made sense and we went to bed with heavy hearts.

The gravity of the situation didn’t hit me until the next day when I saw on TV the thousands of notes hanging on cork boards in NYC with names and photos of missing people, when I saw the infamous photo of a man jumping to his death, vidoes of people waving white flags out of the higher up floors. It hit me hardest, believe it or not, when I watched Oprah the next week and she managed to get families on the show. I sobbed continuously for at least an hour. The horror was unimaginable. When I ran into people on campus, it was dreary. No one even asked “how are you?” or “how is your day?” We all already knew the answers.

Over and over, I imagined the people who had died. I would say, this time yesterday, this time three days ago, this time last week, this time last month….they were getting up and ready for the day. They were packing lunches and going to the gym and kissing their kids good night. They had no idea. They were saying to themselves, why did I get to work early today? Others were saying, what if I hadn’t been running late? What if I didn’t take that sick day, cancel that flight, change my vacation days…that what ifs were staggering, neverending, heartbreaking.

Countless times since then I’ve watched the footage — the live coverage of newscasters covering when the second plane hit is unbelievable. I’ve listened to tapes of phone calls of people calling their loved ones from the planes and the buildings. It’s too hard to do that, really. You just can’t. There probably isn’t a day that goes by that 9/11 — some way or some form — enters my mind. Our country, in a way, revolves around that day now. We will not let that happen again and we function in a way that will hopefully prevent it.

Why its amazing to run in Washington, DC

The best thing about the run was that it went through D.C. — all the way around and over Capitol Hill. To see the American flags flying gloriously around the Washington Monument in the blue-sky and sunshine one day before the 10th anniversary of 9/11 was chilling. In fact, heading back to our running start, we began to see massive, oversized flags hanging from building after building. Facing the sky, showing the world that we will NOT forget that day. We will remember and honor our heroes. We are not afraid and evil NOT win. It was a truly somber weekend — but we made it through — and we’ve done an amazing job thwarting more of those kinds of attacks since that day. Bravery was never more alive than that day, when firefighters gave their lives to help save others and we stood together to lift our fellow citizens up in prayer and comfort and love.

Talking about that kind of took away the fatigue of the running. My knee hurt but that was okay. Afterwards, I went home an iced and like that day ten years ago, turned on the news and just kind of stared for a little bit. Listening. Listening to people tell their 9/11 story, listening to a little girl talk about her mom a hero who died in the towers when she was only 2. I read the endless names at the bottom of the screen. What struck me was the middle names. We never use our middle names but on this roll, they did. I heard a woman dedicate the day to her brother. I heard a crowd of people singing “Amazing Grace.” I heard America come together again. 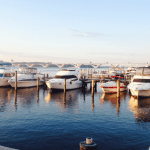 What you've missed: Life Was at the Edge of My … END_OF_DOCUMENT_TOKEN_TO_BE_REPLACED

How many holiday parties are you invited to every … END_OF_DOCUMENT_TOKEN_TO_BE_REPLACED

Mornings are glorious to me. Early ones, with … END_OF_DOCUMENT_TOKEN_TO_BE_REPLACED

Yesterday, I published my second round of social … END_OF_DOCUMENT_TOKEN_TO_BE_REPLACED 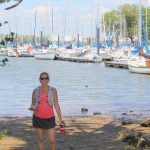 Let me just say this: I have never done a 22 mile … END_OF_DOCUMENT_TOKEN_TO_BE_REPLACED 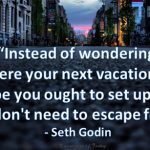 Lately, I'm nothing less than inspired every day. … END_OF_DOCUMENT_TOKEN_TO_BE_REPLACED 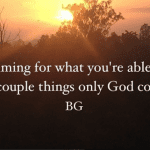 Oh hello there! Yes, always in the gym clothes -- … END_OF_DOCUMENT_TOKEN_TO_BE_REPLACED

Gifts for Rick -- I know, I'm so cheesy. … END_OF_DOCUMENT_TOKEN_TO_BE_REPLACED