This is what I had to over come in order to get through this week’s 20 mile run. And, I’m pretty sure I did at least 21 miles to be honest but since I’m still too cheap to buy a Garmin watch, I’ll never know.

All week, I kept thinking about how I had to run 20 miles this weekend. It was weighing on the brain — hoping my body would cooperate, that I would get enough sleep, that I wouldn’t eat the wrong foods the day before. Then came Friday and my stomach — of course — was acting up. I had planned to get up at 4:30am and knock out 5 miles on the treadmill before meeting the group (who was only running 12). Well, we didn’t get to having dinner until 9:30pm and the early alarm clock was on my mind. I wasn’t tired, my stomach was misbehaving and I stupidly ate a bowl of ice cream with cookies! That did it — I emailed my friend and said I wasn’t going to make it to group. I still planned to run but knew I would need more sleep and less pressure.

Want to read MORE about my run? Click BELOW!

Finally I went to sleep around 11pm and set my alarm for 6:15am. I was rarin’ to go when I woke up and got right over to the treadmill, where I did my first six miles while reading the latest “People” magazine. Hello — Kim Kardashian’s wedding, of course I wanted to read it! Then, it was 14 more to go. I rarely take Gu before 10 miles but I wanted to be perfect about my fueling so I went ahead and did it.

Outside, the threat of Hurricane Irene loomed, with dark skies, a slight wind and threatening looking clouds. If it rained, it rained. There’s no way I was getting 20 miles in on a treadmill! So I took off, sans ipod. I didn’t mind the silence and reminded myself to keep it slow. After about two miles, as I rounded the curve to follow onto a new pathway, I ended up “running” right into the friend I had emailed the previous evening to cancel. It was such a crazy coincidence! So I ran with her and her friend for 2-3 miles — which had me speeding up faster than preferred — but it was nice to have some company. Soon, it was time for the turn around. I was already bored…so I decided to call my sister and chat for a few minutes…why not? I talked to her until my arm started hurting and then started envisioning the rest of my journey.

My tummy was behaving for the most part but it kept feeling like it could shift at any moment. I just prayed it wouldn’t. My knees began hurting after 8-9 total miles, which is a new phenomenon for me but after running 15 last weekend and 19 the weekend before that, its to be expected. With the pain, I wasn’t sure I could complete the whole thing but I kept on. I told myself I had to do this today so the marathon would be easier and better. I told myself, if you just get this done today, you only have to do it once more…and if worse comes to worse, you wouldn’t even have to do one more. It helped.

I found solace in making myself look forward to water breaks. I stopped about 5 times total to gulp water, have a snack and stretch. My legs were begging to be stretched over and over again. My feet were aching like crazy. By about mile 17, I was like…okay this is it, the homestretch. I sped up at this point but would have to slow down after a bit. When I finally reached the end, I was surprised at how un-exhausted I felt. Aside from my legs and feet hurting, my body felt just great. I didn’t feel overly tired and never did the rest of the day. It was so unlike my 19-mile experience, which left me wasted the entire weekend.

1) I had gotten extra sleep on Thursday night and more than normal on Friday night.

2) I ate an extremely healthy dinner Friday night of baked Mahi Mahi, brown rice w/ quinoa and a side of veggies. The extra sweets for dessert after dinner might have actually helped with energy levels as well.

3) I fueled correctly through my run. I drank even when I wasn’t that thirsty and remembered Powerade this time — makes a big difference.

I’m going to be very conscience of what I eat the week before Baltimore. I haven’t been so worried about it before but after yesterday’s run, I can see what a difference the fuel makes. If I could sleep 8 plus hours every night, I would but there are only so many hours in the day. Overall, I was happy with yesterdays run but my right knee and foot is throbbing today. I went to a Bridal Shower Slumber Party last night and woke up with really bad pain. I know it will subside but it does have me worried.

I’m so glad I got that over with since I will be in Charleston next weekend and certainly would NOT have wanted to have 20 miles hanging over my head. I’ll probably do 10 and call it a day for next Saturday.

Yesterday, I got up and went to Crossfit at 5:15am … END_OF_DOCUMENT_TOKEN_TO_BE_REPLACED

I'm over halfway through reading the Bible in a … END_OF_DOCUMENT_TOKEN_TO_BE_REPLACED 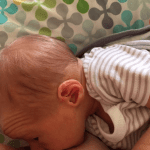 Charging to the end in the Philadelphia Marathon … END_OF_DOCUMENT_TOKEN_TO_BE_REPLACED 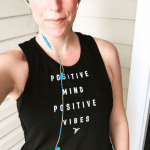 "For as he thinks in his heart, so is he." -- … END_OF_DOCUMENT_TOKEN_TO_BE_REPLACED

The Old Testament is a bear -- a ton of dense … END_OF_DOCUMENT_TOKEN_TO_BE_REPLACED

So you guys know I've been working really hard on … END_OF_DOCUMENT_TOKEN_TO_BE_REPLACED

I know I haven't been very good at documenting my … END_OF_DOCUMENT_TOKEN_TO_BE_REPLACED